The fifty names as described here may be taken to form group A. They are descriptive mainly of the different parts of Mother's physical body as visible to the devotees on attainment of Her grace.

First eight names are recommended to be constantly repeated, as stated before, as they describe Mother generally. It may also be seen that the whole group A of fifty names and group B of ten names may be generally said to be the amplification of the very first name of Shree-Maataa of the group A.

The birth-giving physical mother is usually remembered and called upon in times of sorrow, but our natural mothers are not able to remove the different kinds of pains. Great men believing in reincarnation have therefore said: " Millions of physical mothers I had, O Treasure-house of compassion! Thou art the only one Mother of Eternity. Save me from the vast, and disastrous ocean of world-wormness." The Mother is the only one who is capable of removing the endless misery.
Shree means prosperity, success, beauty and wisdom
Shri is ambrosia. The title Shree is prefixed to eminent personages and is an honorific word.

2)Shree Mahaaraajni श्रीमहाराज्ञी - " The great " Queen.The controller of the created Universe. ललिता सहस्रनाम स्तोत्र, नाम क्रमांक 2
She by whose Grace the creation goes on. She who is the fighting Heroine Queen, and who fights out and dispels and controls all that is obstructive for Her devotees.

3)Shrimat Sinhaasaneshvari श्रीमत्सिंहासनेश्वरी -"The Ruler" on the lion-throne.ललिता सहस्रनाम स्तोत्र, नाम क्रमांक 3
One rendering is Sinha meaning pain and asana means expelling.
She is the destroyer of universe or that into whom the created beings enter on their dissolution. She is the Queen of Queens, Mother who is the most supreme merciful Donor, holds Her Darbar and grants whatever is demanded by Her devotees, and by all in good relations with them.

If Mother is such a heroic and Majestic Queen, is She also unapproachable like such queens? No, just the reverse, She is at your beck and call. From the fire of devotion of a devotee that burns within his heart uninterruptedly, without fuel, and dispels the darkness of desire and attachment to other things and other persons, She at times bursts forth. The devoted heart is a fire because it consumes the sins and evils of the Universe and Mother abides in that fire, though not born from it.

Mother has often appeared from the physical altar of religious sacrifices as well. Thus run some of the descriptions - " Out of the sacrificial fire, slowly arose a woman divinely beautiful, adorned with divine ornaments and bright as the moon. She was Mother, the only one, the supporter of the Universe, equal to whom there is none ". Again we have '' Then the devotees constructed a very beautiful sacrificial altar and the devotees offered their body, mind and soul as oblations. When they were about to offer up the whole of their bodies, there appeared a great blaze of light, bright as millions of suns and cool as millions of moons put together; in midst of this light was seen an indescribable wheel-form ( Shree Chakra ); and from its centre the Great Mother shining like the morning sun dawned forth. On beholding the great Mother, the souls of all were filled with ecstasy and they bowed to Her again and again."

In the original, it is "Devakaarya "referring to Devaas. The same word can be retained and be interpreted to mean that Mother is constantly engaged in transforming Her devotees to be the most shining deified beings. But as the Universal Mother has no partiality to gods and demons, I make the change least that same may be perpetuate the long carried misunderstanding. Her eternal occupation is a fulfilment of devotees' desires and their transformation.

Rosy complexion is indicative of freshness, Love and mercy. There are three forms of Mother, the physical (sthula), the subtle (sukshma)  and the supreme (para). The physical form has hands, feet, etc. and is elemental, the subtle consists of Mantra and ethereal, while the Supreme is made of the Vaasanaas and is ideal.

(8) Nijaaruna-prabhaapura-majjat-brahmaanda-mandalaa निजारूणप्रभापुरमज्जतब्रह्माण्डमण्डला  Bathing the whole universe with Her own rosy effulgence.ललिता सहस्रनाम स्तोत्र, नाम क्रमांक 12
Rosy effulgence is indicative of being happy and cheerful in all respects. The order has been changed here to be in rhyme with the order of importance.
The idea conveyed by these eight names :
She is Mother(Shree Maataa). She helps Her devotees by fighting out the battle for Her devotees against six enemies and all other kinds of enemies (Shri Mahaa Raajni). She gives you all that you demand with the liberality of the highest supreme Queen ( Shrimat Sinhaasaneshvari).  Although the Supreme Queen, She loves Her devotees as Her children and is always at the beck and call when the heart burns with the desire of meeting Her and She bursts forth (Chidagni-Kunda-Sambhootaa). Her constant work and occupation is about battering and deifying Her devotees (Bhakta-Kaarya-Samuddyataa). She is as bright as millions of suns in the matter of illuminating Her devotees. She has four hands( as explained in Preface) indicative of the very simple process of Her liberating the devotees. Finally, She constantly keeps the whole universe and, much more Her devotees, bathed in happiness and cheerfulness. Wherever you find joy, happiness and cheerfulness, it is simply proof of a greater pervading of Mother's Grace.

Om Sri Maatre Namah! All the words in all the languages, of this world and beyond, are inadequate to describe the love of a mother. What to speak of the glories of our Universal Divine Mother, life after life? Blessed are we, that we have Her grace to try and understand a little of the infinite greatness and compassion of Sree Mata.

The first and foremost of Maiji's divine names is 'Sree Maatre Namah'.

According to Bhaskara Raya, our first appeal to the Divine Mother is to rescue us from the ocean of worldly existence filled with dangers and three fold misery in a cycle of births and deaths that we have to pass through. By praying to Maiji as our Divine Mother, life after life, we shall be safely carried ashore.

May Sree Mata grant us unwavering devotion towards Her Lotus Feet! 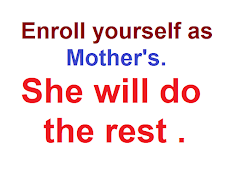 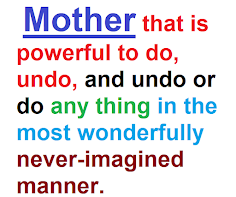 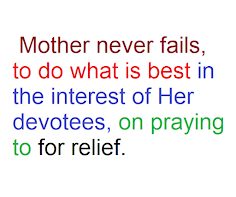 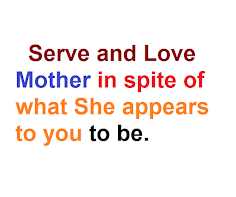 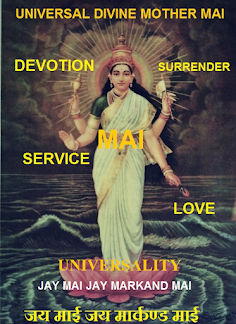 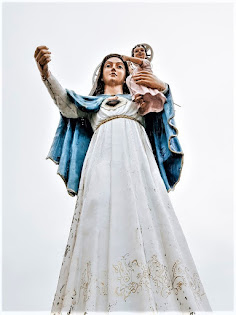 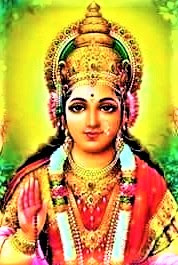 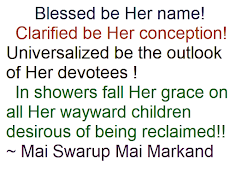 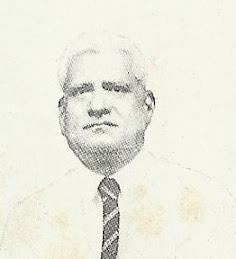 The author of the books Mother and Mother's 1000 Names , Mai-ism etc. 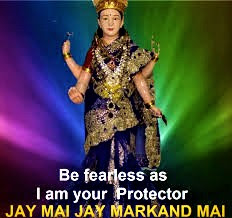 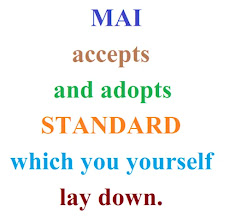 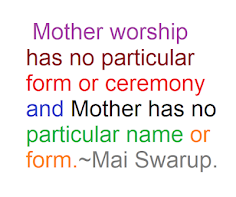